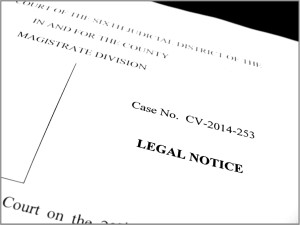 Are your personal assets at risk?

Whether it’s a paid career or a volunteer job, being on the board of an organization can be very rewarding. But it also carries a lot of responsibilities—including the very real risk that you will be the target of legal action if someone feels a decision you’ve made has harmed them in some way.

As a director or officer, you can be held personally responsible for damages. Your financial security, and your professional reputation, are at stake. A directors & officers (D&O) insurance policy can protect your personal assets from these risks.

Risks for Executives
Are you an officer or director of your company? While a senior executive position brings many rewards, it also carries significant risks that put your financial net worth at stake.

A flooring installation company with less than 15 employees was recently the subject of a lawsuit. A competing company sued the business, alleging purposeful contract interference. Specifically, the competitor accused the company of diverting contracts. They claimed direct and consequential damages, including lost profits, punitive damages and attorney fees. The flooring company and its directors and officers were named in the suit.

A private company specializing in business process outsourcing was recently sued by its shareholders. The company had used shareholder investments to acquire several smaller firms, and the shareholders claimed they had been promised double return. Several of the acquisitions failed and the shareholders alleged that the directors and officers did not conduct the proper due diligence to ensure they were making the right decisions.

As a director or officer, every decision you make has the potential to be scrutinized by clients, employees, shareholders, and other directors and officers. Stakeholders may file a lawsuit if they believe a decision you made adversely affected their best interests.

Many private organizations don’t believe they need D&O insurance. This can be dangerous thinking, as just one claim can drain the personal assets of a company’s leadership team.

Risks for Volunteers
Do you serve on a board of a charitable organization? Though you may not realize it, board members can be held liable for the actions of the nonprofit organizations they serve.

The board of directors of an animal shelter was recently sued by a group of their long-time donors. While these members have been involved with the nonprofit for years, they felt the shelter was misrepresenting its financial status. As a result, the donors demanded that they be repaid all the money they gave to the shelter. The shelter faced three separate lawsuits on this charge and defense costs exceeded $530,000.

A nonprofit cancer awareness foundation contracts several volunteers each year to help run research events. One such volunteer, who had been associated with the nonprofit for several years, claimed the organization unjustly denied her for a full-time board position based on her sex. She filed a lawsuit against the nonprofit for damages nearing $100,000.

Even when acting in good faith, leaders of nonprofits expose themselves to risks with each decision they make on behalf of their organization. Don’t assume that just because you are engaged in charitable works, you will not be sued.

If you sit on the board of a nonprofit, it’s imperative to know that a comprehensive D&O policy is in force. Your personal finances and your reputation depend on it.

One-size does not fit all

D&O Insurance can cover a variety of risks for both private companies and non-profit organizations. Here are a few of the benefits a policy may include:

Directors and officers insurance is a unique insurance product that involves many complex legal and risk management issues.

General Southwest Insurance Agency has the resources and expertise to help compare coverage options from many major insurance carriers. We can help your organization get the proper D&O insurance in place, so you and your other leaders have the peace-of-mind you need to carry out your important responsibilities.