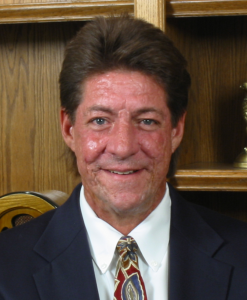 Congratulations to General Southwest president, Joe Binsfeld, on his induction to the Arizona Insurance Hall of Fame!

The Independent Insurance Agents and Brokers of Arizona (Arizona Big I) will be inducting Joseph “Joe” M. Binsfeld, CIC and Charlene Powers-Broadbent (posthumously) in the Association’s Arizona Insurance Hall of Fame at the Association’s 87th Annual Convention Installation and Awards Luncheon held on Wednesday, September 22, 2021 at the Renaissance Glendale Hotel in Glendale, Arizona.

The award will be presented to Mr. Binsfeld by Arizona Big I Past President John Vanyo who submitted his nomination.

Being elected in the Arizona Insurance Hall of Fame is the highest honor the Arizona Big I can bestow on an Arizona insurance professional.

The award is an all-industry award given to a person whose participation and activities — local, state and national — are such as to lend dignity, distinction and credence to the business of insurance.

To qualify for consideration as an inductee, an individual’s qualifications must meet exacting standards. The nominee has to have an outstanding record of leadership and significant contribution to the insurance industry.

Mr. Binsfeld’s nomination surpassed all those requirements and the Arizona Big I recognize his dedication and service to the industry and wishes to honor him with the award.

All inductees in the Arizona Insurance Hall of Fame will have the names etched permanently in the lobby window of the Independent Insurance Agents and Brokers of Arizona’s office building.

Founded in 1936, IIABAZ is one of Arizona’s oldest and largest associations of independent insurance agents, representing a network of more than 3,500 agents and agency employees statewide. Its members are small businesses that offer customers a choice of policies from a variety of insurance — property, casualty, life, health, employee benefit plans and retirement products. Web site: www.iiabaz.com.

Read more about Joe on the General Southwest website.